On gathering details of all our winners over the 100 years plus of our existence, I became aware of the absolute treasure trove that we possess. This is not a reference to their monetary value but to the history that goes with them. It seems a travesty that we should allow a further period of time to go by before there is some record of what we have. With the exception of the Bennett Edwardes and the Gold Cup, which receive top billing, they are compiled in alphabetical order for ease of reference. They are also listed at the end in chronological order of their being presented. Those trophies marked with an asterisk are awarded points for the first five places, which gives us our Golfer of the Year. 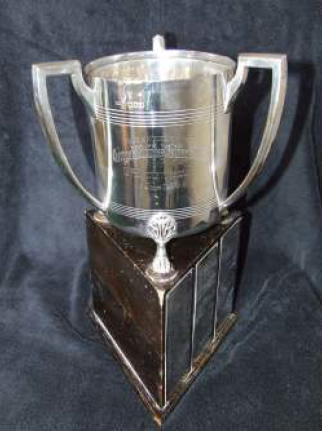 The premier trophy of the Society, both in age and prestige. It was presented by a Mrs Bennett Edwardes within a few months of the Society being established in December 1903. It is uncertain what relationship she had with George Edwardes, the celebrated impresario. George's surname was in fact Edwards but he added the 'e' for theatrical effect. Bennett was not the maiden name of George's wife Julia (Gwynne), so Mrs B.E. will just have to remain a woman shrouded in mystery. George was undoubtedly the leading theatrical impresario of his day. His particular forte was musical comedy. Intellectual content was well down on the list of George's requirements for his productions. He wanted glamorous girls, elegant costumes and wonderful sets with, of course, plenty of song & dance. In the words of Noël Coward, he wanted “something light and something gay.” He would have several productions on in London, as well as tours, all at the same time. His main theatre was The Gaiety in the Strand. Members of his companies formed the George Edwardes Golfing Society and he was made Captain for life. Following his death in 1915 and the Great War (WWI) the Society changed its name to The Stage Golfing Society in 1919, as they wished it to be open to all members of the profession. The Bennett Edwardes is a knockout competition over 18 holes, with the final being played at Richmond over 36 holes. It was first played for in 1904, the winner being Lawrence Rae. The Cup is silver and hallmarked London 1902. It has a wooden plinth with silver plates, on which winner's names are inscribed. Their names also appear on the Honours Board in the SGS Clubroom.

Trevor Bannister, actor and gentleman's outfitter (Are You Being Served), presented this trophy in his Captain's year 1996. Comprising three cups, one jointly for the winners and one for each individual on which the winner's names are engraved. Being a foursome competition it allows the opportunity for teamwork, bonhomie and considerable forgiveness being hopefully displayed. The first winners in 1996 were Siôn Tudor Owen and Robert Pugh. The silver cups are hallmarked Birmingham 1933 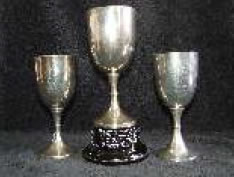 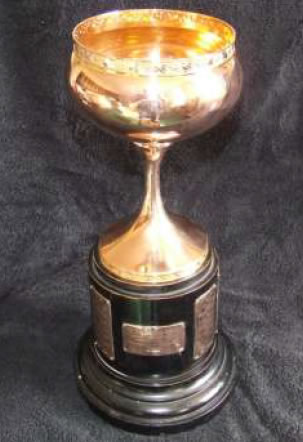 If not the most prestigious of our trophies it certainly is the most valuable. The stories of how it came into our possession are many and varied. It was purchased in 1922 and bears a Birmingham hallmark for that year. It does not mean that the item was purchased in that fair city but the possibility is that it was. The feeling of your researcher and archivist is that the following apocryphal story, is as reliable as can be expected. The distinguished light comedian and passionate golfer Leslie Henson was on tour with one of his London successes and whilst playing the Theatre Royal in the second city, he teamed up with a Thompson Jowett Esq. to play a round of golf. Following their eighteen-hole competition, they vied with each other to purchase several rounds at the nineteenth. Well into his cups, T. Jowett, wishing to impress the theatrical celebrity, said he would like to present the Society with a Gold Cup. The following morning he may have forgotten his rash offer of the night before but L. Henson had not. Arriving by taxi at an appallingly early hour, Leslie beat on the door of Jowett's residence. Bleary eyed, hung over and confused, he was bundled into the waiting cab and taken to the leading jeweller and purveyor of fine object d'art in the town. With Mr Henson breathing down his neck he purchased that which adorns our clubroom. There have been many distinguished winners such as its first, H. Le Grand, Owen Nares, Billy Tasker, Stanley Baker, Christopher Lee, Philip Glenister, to name a few. Perhaps a more interesting observation is to note those of outstanding golfing ability who have not managed to win it.

This competition is only for the distinguished few. Presented in 1955 by Anthony Nelson Keys ('Bunch' being, as one would expect, his nickname). The competition is only open to winners and runners-up in that calendar year, plus past holders of the Bunch Trophy. It means that if it does not bear your name you are nobody – but do not give up. The winner is usually overwhelmed not only by the honour of being its recipient but by the sheer size and weight of the trophy, which makes it not only difficult to carry but also to display. 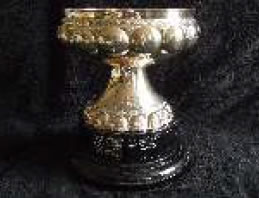 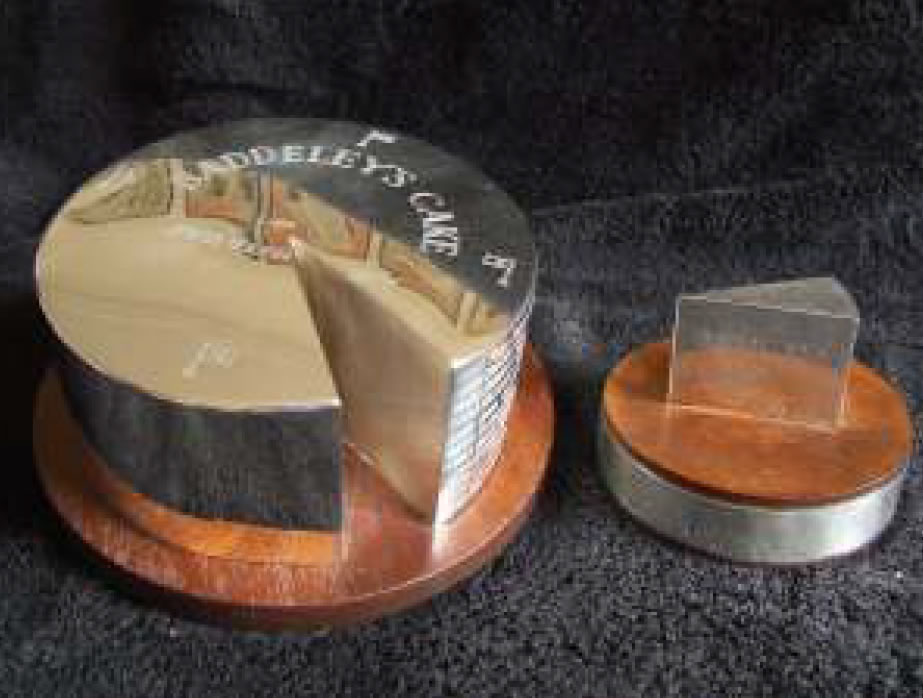 This entry to our golfing calendar came into being in 1997 when John Baddeley, prompted by the bi-centenary celebration (1996) of the celebrated Baddeley Cake ceremony that is held annually on Twelfth Night (January 6th) at the Theatre Royal, Drury Lane, presented his trophy. The theatrical tradition was brought into being by the actor Robert Baddeley, a member of David Garrick's company at Drury Lane from 1762. Following Garrick's death in 1779, he remained with the company until his own death in 1794. Baddeley was a character actor and known for playing “foreigners and Jews”. He created the character of Moses in The School for Scandal. Originally, he had been a pastry cook and gentleman's gentleman prior to becoming an actor and was obviously financially skilled (unusual for one of his profession) for he bequeathed £100 in his will, the interest to provide for a cake and punch each year in the Green Room of Drury Lane for the actors and their friends to mark the end of the Christmas period. It was the tradition to partake of Twelfth Cakes on that day during the eighteenth and nineteenth centuries. The cake ultimately became the Christmas cake that we now know. The SGS cake is in silver, shaped as a cake with a slice taken out. It became established that cake should also be consumed by all present at the presentation of the Trophy, thereby having their Cake and eating it.

From 2000 the Slice was awarded to the leading woman in the Cake competition, thus becoming Baddeley's Slice for the year. It was possible for them to win both trophies, whereas a man could only take the Cake. This caused a degree of chagrin to the male participants, many of whom felt they should be eligible to compete for that trophy too. As it clearly states that it is for the Leading Lady, they may have a point!